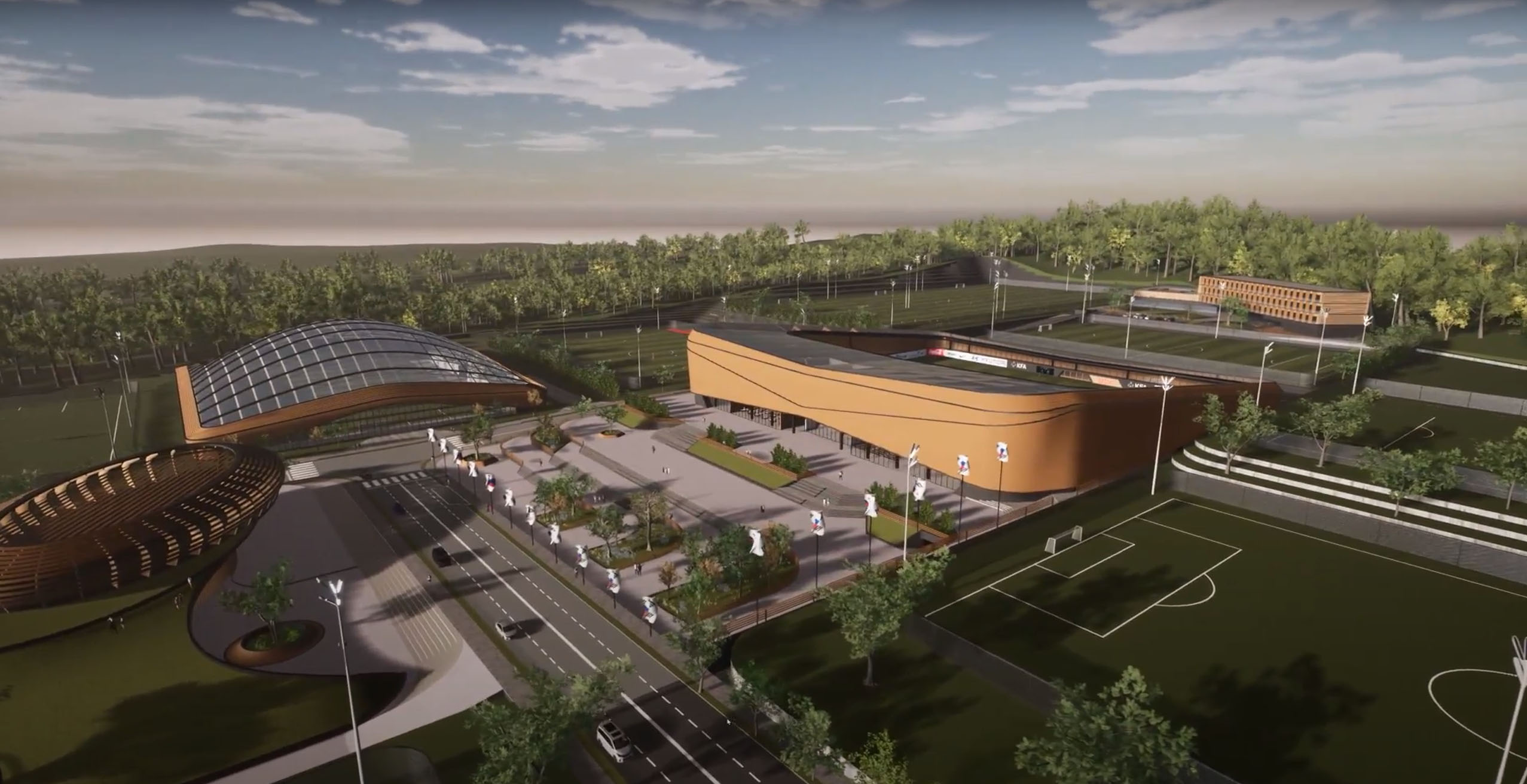 UNStudio’s competition-winning masterplan design for the Korean National Football Centre in Seoul celebrate the history and future of Korean football and the power of sport, focusing on health, wellness, science, technology and education and promotes a healthy lifestyle.

SpaceForm has allowed architects from UNStudio to collaborate with the Korean Football Association (KFA) in real-time, across the world without the need to travel. The teams have been easily able to immerse themselves in their virtual 3D work environment, imagine a virtual workshop space where site images, maps, data and 3D models for the project have been uploaded, viewed and manipulated in collaboration together. The KFA have also used SpaceForm to share the wider plans virtually to the public.

The project allows users to explore the masterplan, navigate to any location within the complex and even takes users on a tour inside the new directors’ suite, overlooking the main training stadium. The ‘open world environment’ has a base site layer with new buildings placed as interchangeable modules. Complete with animated cars, realistic people and even the national team practicing on the pitches, this project has been delivered in VR, desktop and streamed environments. The collaboration with UNStudio and the KFA on this masterplan is the first of its kind.

“The data-driven design tool enabled seamless collaboration with the KFA team in real-time. The 3D work environment proved to be a very efficient virtual workspace that not only saved us the burden of long distance travel, but also helped us to break down language barriers, because the platform is very intuitive and visually focused."

"This platform enables an inclusive design process, where all stakeholders have a voice. SpaceForm helped us to enhance team communication and bridge client interaction from abroad. The interactive work sessions unlocked great opportunities in the design of the stadium”

The B1M – the world’s largest and most subscribed-to video channel for construction – have demonstrated how SpaceForm was used by both the architects and client, on this masterplan celebrating the history and future of Korean football and the power of sport, health, wellness, science, technology and education. Watch the video below.

The masterplan designs from UNStudio include national and youth training facilities, over a dozen sports field typologies, running tracks and indoor gymnasiums, as well as a wellness centre and high-end hotel. The focal point of the masterplan will be the central public plaza, located at the heart of the complex. The museum, indoor stadium and outdoor stadium will frame a public pedestrian area that houses restaurants, shops and a variety of semi-public sports facilities. The Centre will take on two programmes, becoming home to the Korean national team and their trainers, as well as a laboratory for future generations helping to foster their careers.

For the development of the masterplan, an international team of leading football stadium managers were gathered, alongside specialists in sports science and digital data collection. This team of industry specialists has worked with world-renowned football leagues and stadiums throughout Europe and the Middle East. The essential elements for the masterplan are therefore based on lessons learned from other top international football clubs and training centres.

SpaceForm is built on top of Unreal Engine, from Epic Games, which also powers the world’s leading games and is used across many industries due to its ability to handle large data sets at a high degree of fidelity – a key asset for SpaceForm. Epic Games supported SpaceForm with an Epic MegaGrant just over a year ago, which was used to help build the proof of the concept. The creator of Unreal Engine and Fortnite supported the project due to its collaborative focus, an aspect which Epic see as crucial, particularly during a time when meeting physically around the world is difficult.

Would you like to know more about what SpaceForm can do for you? Let us wow you with a free demo.

Stay up to date

Thank you! Your message has been received and a member of our team will get in touch shortly!